Mark’s 2006 vision and comments regarding the creation of a “downtown park” in Royal Oak are taking shape in 2019.  Construction is currently underway on Royal Oak’s new 12.2 million dollar City Hall.  Once completed, City Hall’s former site will be developed into a 2-acre public park.  The park will provide an open, flexible green space providing opportunity for promotion of local art/artists, winter activities and a backyard for downtown residents and visitors alike.

Mark’s predictions and recommendations for his community are finally taking shape over a dozen years later! 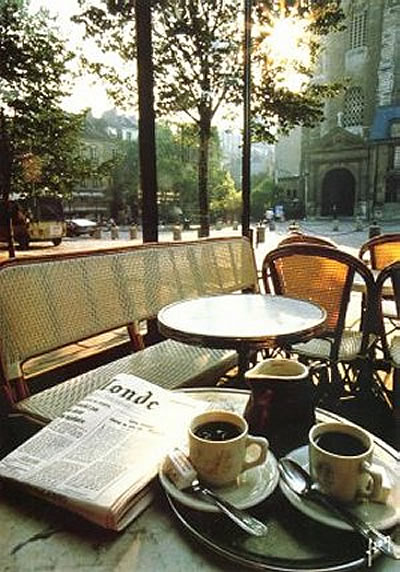 “Having a central park in our downtown
will inject new meaning and vitality.”

Sell Normandy Oaks Golf Course. Use the money to create a mini-Paris in downtown Royal Oak. Purchase a block of property, clear the lot, and replace it with green space surrounded on all four sides with cafes and shops. Set up an ice rink in winter.

THAT VISION FOR THE CITY flows from the same mindset which leads local architect Mark McBride: to suggest that a viable alternative to moving farther out is to renovate one’s existing home to make it “a pleasure to live in every day”; to promote historic preservation; and to teach at a Detroit suburban college.

McBride, 40 — set up his independent practice in October 2001, after 20-some years working for larger architectural firms. Married to Debbie, who is a practicing dental hygienist, walk their two English Labrador retrievers at least once a day, while at the same time enjoying their oak tree filled neighborhood. He has lived in Royal Oak for about 15 years and admits that he might be one of the few who loves to listen to classical music and opera.

“Metro Detroiters like us, our downtown and neighborhoods. You feel good when you are in Royal Oak”, McBride said. Royal Oak has the advantage that residents enjoy “a sense of place.” Mark does say, though, that “My back yard is my community” and “downtown residences need back yards too!” He suggests selling Normandy Oaks Golf Course and using the money to creating a downtown park with all four sides with cafes and shops. “Having a central park in our downtown will inject new meaning and vitality. That park could be small, sensual, and well designed for all residences, businesses, their friends and customers.” I brought up that we have a park next to our library, which his response was “that’s a path — not a park”.

Mark and I first encountered each other in Year 2000, during the very public debate over voluntary versus mandatory historic designation. That debate resulted in a mass resignation from the Historic District Study Committee, and Mark soon found himself appointed to, then chairing, the re-staffed committee. Naturally, historic preservation was one of the matters he and I talked about during this coffee conversation.

“When you teach – it forces you to be more patient and understanding, which eventually goes into your business ethic.”

“Education is the key”, he said for historic preservation. “Actually, Royal Oak is rich with history.” McBride started to explain on how in 1957 world-renowned architect, Minoru Yamasaki located his office in downtown Royal Oak. “For an example, did you know that Yama designed the 1962 World’s Fair [in New York City] upstairs in the old Hilzinger Building on Main Street, which ultimately led to the commission of the World Trade Center. After September 11, 2001 and the destruction of the twins towers — our world has not be the same since.” McBride says that an unavoidable aspect of involvement in civic debates is “power.” In teaching, he finds that his task is to “empower,” so he won’t be actively seeking civic involvement. “When you teach – it forces you to be more patient and understanding [with your students], which eventually goes into your business ethic”, McBride said. That observation provided the bridge to a look at McBride’s business philosophy.

The interesting thing is McBride’s approach to client relationships and pricing. “I listen to the client — simple as that. Every client is unique and has specific wants and needs.” While it is true that today’s technology makes it possible for businesses to collaborate on a single project though geographically far from each other — and McBride has done such Internet partnering — his major market is Metro Detroit. “Royal Oak’s central location provides easy access to a wide area, but with the internet, it allows me to work with an artist in Los Angeles, California or Portland, Oregon.”

Whether he is thinking of new ideas for our downtown or promoting historic preservation, Mark believes in Royal Oak and how it can shape the whole Metro Detroit area — and in Minoru Yamasaki’s case the whole world.